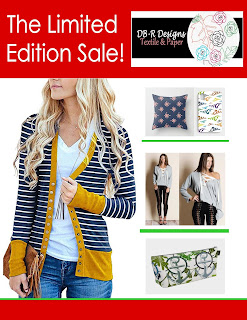 For the rest of 2018, may we bring joy and holiday cheer to your Christmas shopping and gifting.
Here’s a bit of holiday advice: “Stand under the mistletoe more often this Christmas!”
We wish you the best for this holiday season and your heart’s desire for the upcoming year.

From: All of us at DB-R Designs

Enjoy our Catalog Here...
Posted by Unknown at 8:26 AM No comments:

New Cover Release: Why Should I Believe?

Posted by Unknown at 8:28 AM No comments:

See the giveaway details at Goodreads.

Enter Giveaway
Posted by Unknown at 6:16 AM No comments: 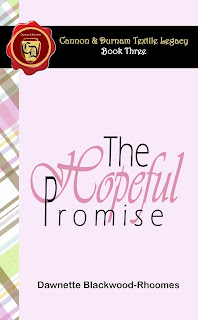 With her wedding dress fluffed up around her, Jessica watched in the mirror as the woman touched up the last of her makeup. She wondered if anyone could hear her heart hammering away in her rib cage.

She rubbed her sweaty palms together, trying hard to remember not to smooth them along the white silky folds of the dress that Kent had picked out for her. She was the unwilling bride who didn’t even get to choose her own dress!

The reception hall sparkled, as if Kent hired a team of minions to shine everything even down to the floor. The floral arrangement and the sparkling chandeliers helped to cast a festive glow in the hall.

The guests came out in droves, none of whom she had personally invited. Jessica recognized many of them who were members of the small town.

Everyone had come out to see her marry Kent.

Everyone, except her father!

Everything about this wedding was all wrong!

The wretched feeling only got worse when Kent’s sisters filed into the small dressing room. Four women, whom she barely knew, introduced themselves as Tracy, Liz, Carly and Kim. She smiled tightly at them as they fussed over her dress.

“I didn’t know my brother had such good taste,” Carly said, her voice sickeningly nasal.

Jessica cringed. Did the whole world know that Kent chose the dress? Could this situation get any more humiliating?

She felt wronged. Somewhere deep within a scream was forming but it couldn’t surface. Each time Jessica opened her mouth to protest amidst the oohs and the aahs over the dress and flowers, and how wonderful it was of Kent to take care of such things, the words evaded her lips and she clamped her mouth shut again.

There was a fire deep within her and she was burning to tell someone that she didn’t agree to this wedding, but instead she allowed herself to be led down the hall where her Dad’s longtime friend and the mill’s foreman, John Macpherson, waited to escort her down the aisle and into the waiting arms of Kent Holmes.

And even as she glanced at John, her heart wrenched painfully in her chest. The whole thing was terribly wrong! There was no way she’d ever get married while her Dad was laid up in a hospital bed and in a coma! But Kent had taken over everything and had bullied his way into her life. Never before had she felt so helpless and hopeless.

Jessica clasped John’s arm tightly as her knees threatened to give way under her. The huge doors of the worship sanctuary yawned open before her and she heard Bella, the church organist, belt out the first notes of “Here Comes the Bride” on the church’s big organ that had been there ever since Jessica could remember.

Everything in the church hall seemed to glimmer and shimmer in the bright garish sunlight that was streaming steadily through the church windows. A wedding should be a joyous occasion, and yet she felt it was the most wretched day of her life. She pasted on a smile; a faint tilt at the corners of her lips, and choked back the tears that were threatening to come.

I could run, she thought.

But then where would that get her? It would only prolong the inevitable until her father emerged from his coma.

Jessica’s legs were wooden and heavy, and she commanded them to move as John took one step forward, gently tugging her arm as he went. Reluctantly, Jessica put one foot in front of the other. It was as if she was being led as a lamb to the slaughterhouse, ‘minus the bleating and the wailing and the gnashing of teeth’, as her grandmother would say. She might as well have been wailing, if only her mouth would open and the words would come.

She glanced at the people standing in the pew; women craning their necks to get a better view of the bride, while some dabbed at their tears with their husbands’ handkerchiefs. Of course, their husbands stood aloof and straight-faced, waiting for the boring ceremony to end and for the festivities to begin. Jessica’s heart lurched inside her chest when she caught sight of Mark in the pew amongst a group of teetering old ladies, on the left side of the church; the bride’s side. That side of the church was scanty in comparison to the groom’s side.

Mark stood a full two feet above them, his sandy brown hair glimmered in the sunlight streaming from the skylight above their heads.

He smiled at her. It lit up his face, and she immediately became furious with him. What was he so happy about? She sent him a “Help me!” look but he smiled even more and even winked at her!

Jessica’s heart sank. Any hopes of rescue from her fate seemed dashed now as Mark was clearly no longer on her side. Furious, she looked straight ahead. Now it was up to her. Again the thought resurfaced, she could simply become the runaway bride and just break free and take a hike for it. But where would that leave her and her father’s mill? Then again, how was marrying Kent any good for her father’s mill? Didn’t it just mean that he would have access to her shares and more controlling power of the mill? But it also meant she would have access to his 30 percent. Maybe she could eventually buy him out and then she would have full control. She prayed silently for God's help because she had no idea what she should do.

She kept moving in the direction toward the smug groom waiting at the end of the aisle. Jessica squared her shoulders and placed one shaky, sweaty hand into Kent’s large one. Her heart constricted as she took note of Kent’s wolfish grin and how his hand clasped her fingers tightly.

They turned and faced the minister. Jessica didn’t hear much of the minister’s drone as he spoke about the sanctity of marriage and how it should not be entered into lightly. Her heart squeezed in her chest when she heard Kent say “I do”; and then it was her turn to answer.

She opened her mouth to say something…anything…but the words seemed to squeeze along her throat, cutting off her air supply. Gulping, she clutched at her heart; the sudden pain, unbearable. Beads of sweat dotted her brow.

If she didn’t turn and run now, she would never get another chance!

However, it seemed as if Kent had guessed her thoughts as his clutch on her hand became tighter, almost cutting off the blood flow to her fingers. She glanced up at him and saw that his wolfish grin had transformed into a fiendish sneer.

Dear God! She was marrying the devil!

Posted by Unknown at 7:28 AM No comments:

From our book shelf to yours! With love, From DB-R Designs... 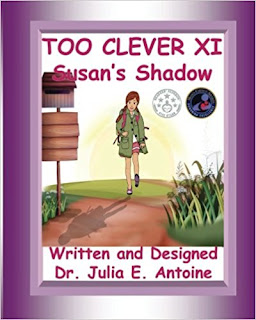 Drawing inspiration from the very illustrative poem My Shadow by Robert Louis Stevenson, author Julia E. Antoine writes the eleventh and final installment in the Too Clever series.


Twelve year old Susan, who is on the brink of adolescence, hates being called Peter’s shadow. At the rate at which Susan is growing, it seems as if she’ll never catch up in height to her brother Peter and his friends. However, when she looks at her shadow, it seems to be as tall as Peter’s! As a result of this, Susan wants to get to the bottom of the puzzling mystery of the height of the shadow.


The book highlights Susan’s desire which is to appear as a real adolescent in the eyes of her brother and his friends. In an underlying tone, the book further highlights the struggle pre-teens face as they are caught between two worlds – the world of childhood and the world of adolescence. We can see this in Susan’s refusal to play with her best friend Marcie and her dolls, and her need to fit in with Peter and his friends. Hence, the struggle Susan faces is fostered in her curiosity to understand how the shadow works. Believing that her shadow seems taller because she had miraculously grown an inch is a subconscious yearning to actually be as tall as her shadow portrays. Her shadow was doing for her what her body had failed to do.


The information she picked up from her research on shadows for her class project casts light on the subject, and she found that the position of the sun determines the length and the size of her shadow. Realizing that in fact the truth lies in the light source and not her body actually growing was a real eye-opening experience for Susan. What she couldn’t make up for in height, she made up for in knowledge. That evening at the dinner table when she spoke about her project, even Peter had to admit he didn’t know the sun’s position determines the height of the shadow. Susan felt taller then.


Susan’s Shadow by Dr. Julia E. Antoine is a fun and lively read, with subtle undertones about pre-teen struggles which can be seen in the constant tug-of-war between childhood innocence and puberty.


This final installment brings to a close the Too Clever series, and as usual, Antoine brings the plot to an end with the warmth of friendship, an underlying thread that runs throughout several stories in the series.


Collect all eleven installments! Visit the author’s website for more details at www.too-clever.com
Posted by Unknown at 1:15 PM No comments: 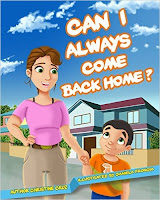 2. Will we be seeing the main character Tyler in any future series?
Can I Always Come Back Home? was created as a stand alone book. However, based on the reactions I have received, there's a possibility we will see Tyler again. 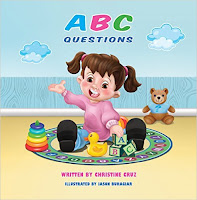 4. Tell us a little about your recently released ABC Questions, and how is it different from other alphabet books?
ABC Questions is about a girl named Beverly, who is starting school for the first time. One of her first lessons is the Alphabet. Beverly is filled with amusing questions about her ABCs. Instead of a traditional A is for Apple book, I take the letters of the alphabet and make them a part of the story highlighting the alphabet in color and capitalization.

5. What do you want young readers to learn from this book?
I want them to learn that learning is fun. Their ability to imagine can take them through anything.

6. What's next for Christine Cruz? What are you working on now?
I am working on three bilingual books (English and Spanish) that celebrate Grandparents. I am hoping that all three will be out in 2017. I am currently researching book charities in Honduras, Ecuador and Puerto Rico. I will be donating books to each charity. If anyone knows of a charity, please take a moment and email me at c.cruzbooks@gmail.com

See our Book Review of Can I Always Come Back Home?, here.
Check out the author's website for upcoming new releases.
Posted by Unknown at 12:02 PM No comments: