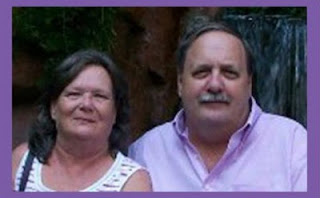 
1.  In your research on birds, what significant information about birds did you discover?


We did a little research on a few things such as the type of birds that live in Ohio, how fast the birds actually fly, physical size and colors of the birds and what they might enjoy eating. However, we noticed something interesting:

and I love to sit outside in our back yard and watch the birds. To us, birds are graceful and wonderful creatures. We normally fill the bird feeder with seed every morning. We noticed that sometimes, after we have filled the birdfeeder, it would be empty just two hours later. We began watching a little closer and we noticed the smaller birds kicking seed to the ground for the larger birds to eat. We could see the seed flying all over the place. It was very amusing. While the little Sparrows were kicking seed to the ground, the Doves were beneath them packing it away. The remaining birds patiently waited their turn while sitting on the block wall in the back of the yard. There seemed to be some structure and teamwork involved in how the birds interacted.


2.  How were you inspired to write about the birds?


We wondered how the birds could actually fly all those miles, south for the winter, and what problems they might run into along the way. We decided to write a short story about bird migration. Soon we had a few pages, then a few chapters. Before you know it, our birds were taking us on a wonderful adventure. We made sure the birds traveled to places we have previously visited or lived so we would be familiar with at least some of the geography. Then, since the birds had to communicate with each other, we added dialogue to our stories. Were the birds speaking to each other, and if so what were they saying? We wanted to create an adventure story that children would enjoy reading.

After we finished the first book, we were encouraged to write the second then third books. We chose as the destination for the second book because the ocean is my favorite place to visit. came up with the idea of the birds traveling to to see the wonderful sights for our third book.


3.  Is there a particular reason you chose a Robin to be the leader of the pack?

Our original title was “Quest for Seed.” Our friends thought that there should be a main character in the book so we chose Robby. Robins are beautiful birds and are larger than most of the Doves and Sparrows. We thought Robby would make a very good leader.


Actually, Robby likes to discuss all decisions with his peers and have the birds vote on the critical issues. He flies at the front of the pack mainly because he is experienced and a very strong flyer. Robby does not have a problem listening to others for the overall good of the flock. Robby gives encouragement to others. There is nothing he wouldn’t do for his friends. This makes him the perfect leader.


.  What do you want your readers to learn from your books?


5.  Are there more books in the series of Robby's Quest?


We recently began our fourth book about the birds traveling north along the coastal highway from to . This is a beautiful and scenic route. We expect the birds to make plenty of fun stops along the trip. We would expect them to stop in L.A., Big Sur, Carmel, maybe the Redwoods National Park and possibly even Alcatraz Island. We can see the birds playing on top of the Golden Gate Bridge. We just hope Joy and Josie don’t get themselves in trouble again.


Eventually the birds will make their way back to , where it all began.  In addition, Hershey the Cat will be searching for his siblings. His travels will take him to Minnesota. We wonder what will happen if Hershey crosses paths with the birds again? All together, we would like to write a total of five books on the series, but we’ll have to wait and see what the future brings.


Please visit us on our website for the latest information on Robby’s Quest.
Posted by Unknown at 7:50 AM